Is it hot in here? An introduction to thermodynamics

The term “thermodynamics” is an interesting one.  “Thermo” comes from the Greek word thermé and means “heat.”  “Dynamics” refers to motion and/or equilibrium, and I didn’t look up what it means in Greek because I don’t really care all that much.  Anyway, when you put it all together, what it means is that “thermodynamics” refers to the movement of energy from one place to another.  Which is really what I should have said in the first place. 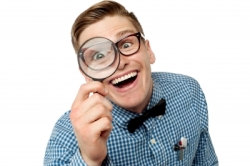 At least this guy found it interesting.

Now that we’ve gotten that out of the way, let’s learn some of the basic ideas behind the magic that we call thermodynamics.  Better yet, let’s get ready to learn that many of these basic ideas involve the redefinition of words you’ve used your entire life.  Isn’t science great?

Temperature and energy are not the same thing.  Temperature measures the movement of the particles, which kinetic energy (the ability of something to do work or produce heat) is related to.  They’re similar concepts, but I wouldn’t mix them up on a test if I were you.

Potential energy is stored energy.  You can’t really see that it’s there, but it is.  For example, if there’s a painter standing on a ladder next to your house, you probably don’t want to walk under the ladder.  Not only does it bring bad luck, but you also run the risk of having a paint bucket (or painter) fall on you.  On the ladder, the bucket has no kinetic energy, but it does have gravitational potential energy that can be turned into kinetic energy if it falls off the ladder.  In a chemistry class, potential energy is stored in the form of chemical bonds. 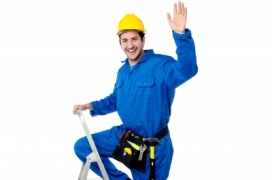 Glad to help you with science. Now stand right there while I turn the potential energy of my hammer into kinetic energy in the form of a skull fracture.

These two concepts lead to an idea you’ve probably seen before:  The first law of thermodynamics. Also called the “law of conservation of energy”, what it means is that the total amount of energy in the universe will always stay the same.  You can convert kinetic energy to potential energy (throw a ball onto the roof) or convert potential energy to kinetic energy (fire a bullet out of a gun) – either way, the energy will neither be created nor destroyed.¹

How energy moves around:  Work and heat

If you want to move energy around, you’ve got two options:  Heat and work.  Let’s take a look at both.

is the movement of energy from one place to another via mechanical means.  For example, if you make a machine that lifts bowling balls into the air, this machine is performing work on the ball because the ball has more potential energy.  Likewise, if you were to smash a priceless Ming vase with the suspended bowling ball, you’d be performing work on it. 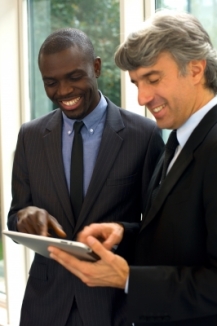 From a thermodynamic standpoint, these men are not performing work. This is also true from a business standpoint.

Heat (q) is energy that’s moving from one place to another through molecular motion.  For example, let’s say you fill a cooking pot full of ice water.  If you then turn on the stove, energy from the burning gas will be transferred into the cooking pot.  As it moves, this energy is known as heat.  A general property of energy is that if one area has a lot of energy and another does not, heat will transfer energy from one to the other until both areas have uniform energy.

When you say that “it’s hot outside”, what you’re really saying is that the temperature outside is high.  However, if you take an ice-cold Fanta outside with you, the heat (i.e. transferring thermal energy) will cause its temperature to rise. 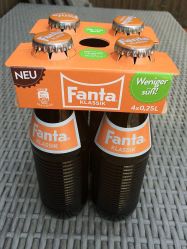 So, where does all this heat and work and stuff come from, and where does it go?  To find out, we need to talk about a few more terms: 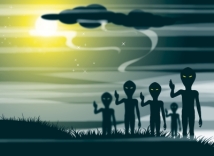 Take us to our squirrel brethren.

There’s a lot more about thermodynamics that needs to be covered, but I can assure you that it will be a lot easier if you understand these terms before you learn the rest of it.  Seriously, it’s a good idea.