An introduction to redox reactions

Your teacher has started talking about redox reactions, and though the term sounds not unlike things you’re familiar with (Maalox, Hydrox, combination locks, and the like), you’re probably a little less comfortable with the redox phenomenon.  Instead of worry about it, let’s explain this so you enjoy it just as much as the other items with “ox” sounds above: 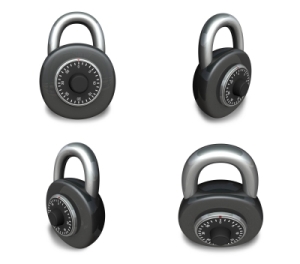 Get ready for some fun!

Before we get started:  The joys of redox terminology

Here are some handy terms you’ll need to know before you start learning about redox reactions. They may not make much sense now, but we’ll be discussing all of them later, so you can just refer to this section if you don’t get it.

Oxidation state:  The formal charge (either positive or negative) we assign to an element.  This may not make a lot of sense, but maybe this will help:

Rules for polyatomic ions:  Same as that for neutral molecules, except that the overall charge has to add up to the overall charge of the ion.  For example, in the SO₄⁻² ion, each oxygen has a -2 oxidation state (it’s the most electronegative element) for a total negative charge of -8.  For sulfur to bring that negative charge back to -2, it has to have an oxidation state of +6.

Oxidation:  Oxidation occurs when an element loses electrons, giving it a more positive charge. For example, if iron goes from a 0 to a +2 oxidation state, it is said to be oxidized because it has lost electrons.

Reduction:  Reduction occurs when an element gains electrons, giving it a more negative charge. For example, if iron went from a +3 to a +2 oxidation state, it is said to be reduced because it has gained electrons.

Redox reaction:  A redox reaction is a reaction that contains both an oxidation process and a reduction process.  Actually, this pretty much describes any electrochemical process, because you can’t reduce something (i.e. give it electrons) unless something has given these electrons to it by being oxidized.  As a result, in redox reactions, the thing that gets reduced is called an “oxidizing agent” because it takes electrons from something else, and the thing that gets oxidized is called a “reducing agent” because it give electrons to something else.

Half-reaction:  This is a part of a chemical reaction that shows only the oxidation step or the reduction step.  For example, if iron were to go from the +2 to the +3 oxidation state, a half-reaction for this might be:

Protip: Your teacher won’t think that this “half reaction” is funny if you write it on an exam.

The joys of redox reactions:

You may have noticed that chlorine doesn’t show up anywhere in either equation.  That’s because it doesn’t change its oxidation state at all, so the number of electrons it has remains the same.  Since moving electrons is the whole point of this reaction, we ignore it.  It’s just loafs around and looks at the action, which is why it’s called a spectator ion.

Another feature is that the first half reaction with sodium generates one electron, while the second half reaction with iron requires two electrons.  This isn’t anything particularly weird – it just means that two sodium atoms need to lose one electron each to give away a total of two electrons.  Given the complete equation for this process, that’s not really all that surprising because there are two sodium atoms involved.

There are a lot of redox reactions going on around you that you’re probably not even familiar with. These include things from apples going brown in air, the rusting of an old car’s bumper, and fresh new batteries becoming useless old dead batteries.

As far as the six types of reaction go, some of these are redox reactions as well:

James only became cool after learning about oxidation and reduction.

However, just because acid-base reactions aren’t another example of redox reactions doesn’t mean that acids won’t be involved in redox reactions.  For example, nitric acid is a very strong oxidizing agent, and will undergo redox reactions such as the one below:

It should be noted, however, that just because nitric acid is involved doesn’t mean that this is an acid-base reaction.  Given the process that takes place, this is more of a decomposition kind of thing.

We’ll do more redox fun in a while, but for now, relax and practice being cool!