Long ago, people had a lot of different ideas about how the atom worked.  Here’s an explanation of many of them. (Updated 1-23-19).  But first, a relevant comic from the always awesome xkcd.com: (thanks for letting people like me reprint your stuff!) 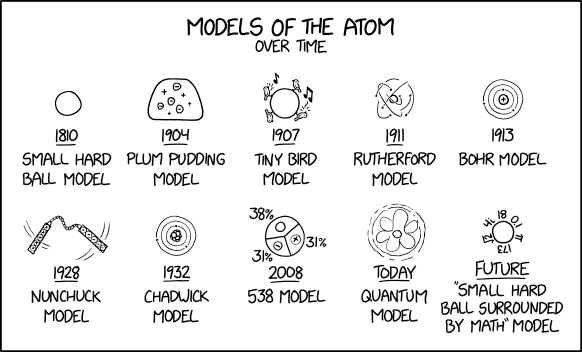 Historical models of the atom:

Supplemental videos:  These videos are all over at the amazing Crash Course YouTube channel.  I didn’t make these, though I wish I did.

This entry was posted in Tutorial. Bookmark the permalink.
Loading Comments...